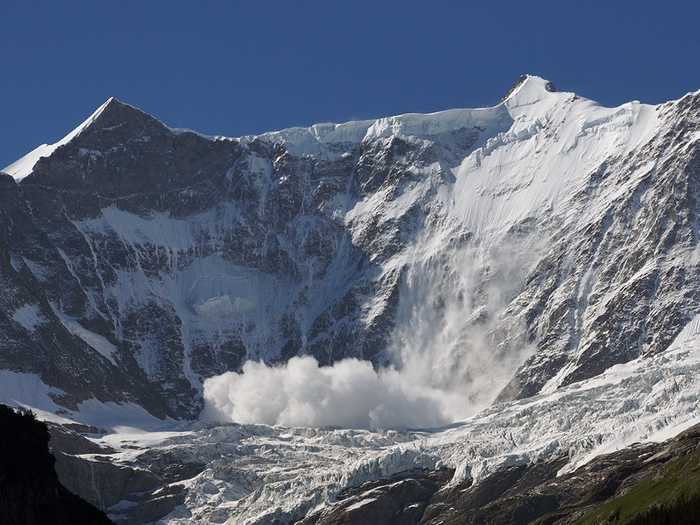 I tried to do National Novel Writing Month last November. Not “tried” in the way I’d tried in years past when I’d kinda half-thought of an idea and made a new doc in Pages and then deleted that untouched doc a month later. But actually made a real effort with an idea I was excited about. I knocked out about 15,000 words before I threw in the towel.

For those unfamiliar, National Novel Writing Month, or NaNoWriMo, is an event that takes place every November where writers try to start and finish a novel (50,000 words is the target) while growing their best mustaches.

For some, it’s a great energizer. You’re writing, virtually, as it were, alongside thousands of other authors, trying to use the month and the community and the built-in deadline to crank out a novel. And at a pace of just about 1,700 words a day, you can hit that 50K in time to finally have an answer for your parents about what you’re doing with that creative writing degree when you go home for the holidays.

In terms of goal-setting, NaNoWriMo is a great example of an external motivator. It has a specific target, a deadline, and the support (pressure?) of quasi-public accountability should you choose to talk about it. Other people are doing it too, which is no small factor.

Many people, myself included, do better with their goals when there are external motivators. Some people can only work with a deadline. Some people struggle to exercise on their own but will work their ass off in a class or with (for) a coach. This is why programs in the form of 17 days to shredded butts and 26 day goji berry cleanse are so popular — someone else is telling you to do a thing that has a finish line. Write every day? Impossible. Okay write for 30 days? Sure, I can do that. Right?

Knowing that this is how you work best can have a major impact on how you approach and achieve your goals. If you can find ways to set up useful external motivators — deadlines, accountability partners, coaches, whatever works for you — you can accomplish great things. But if you’re not careful, these external motivators that were supposed to lift you up can become the very things that weigh you down, crushing you under all that irony.

The goal avalanche is what happens when your motivator becomes so demotivating that it doesn’t just slow your progress — it buries you in all your feelings of doubt and inadequacy and guilt. I’m pretty sure I coined the phrase, and you can never prove I didn’t because if you Google it, it’s just gonna be stuff about hockey.

Have you ever set out to have your perfect bikini bod before that first weekend at the Rockaways only to end up looking at everyone else’s beach pictures on Instagram from your couch while you eat a whole pizza and think “welp, I guess now I have a whole year to get ready for next summer.” Or let that deadline to submit a sketch packet turn into an excuse for why you’ll never be good enough to get it anyway? Or hold off on sending your weekly email to your accountability partner hoping they didn’t do anything this week either and you would both act like nothing happened? Or fall off the wagon for one meal in a Whole30 and let that one meal slide into one day, then one week, then “well I might as well just wait until next month at this point.” That’s the goal avalanche.

For me, I know exactly when I lost steam on NaNoWriMo. It was when I made the mistake of figuring out that I was off-pace and would need to write 12,400 words over a weekend — the 9K words I was behind schedule plus the word count for the weekend — and I realized I would never do it. The defeat set in, the depression came, and after that, I never had a chance. Each of the little defeats — being a few hundred words off pace over a few days — combined with all the guilt and self doubt I was already feeling, and snowballed until it ran me over and buried me. What had started out as a great external motivator — keep this very doable pace for 30 days — became an anchor after just a couple of missed milestones.

How do you survive the goal avalanche? You could always just not go skiing I suppose, but we want to get out there and try to do the thing, so you do the only thing you can do: be aware of the potential danger and have a plan to sidestep it.

Don’t mistake the deadline for the goal.

A lot of times the goal avalanche gets you simply because you ran out of runway before you achieved lift-off, and crashed into a mountain of your mixed metaphors.

The thing about an external deadline for a goal is that it has to be a target, not a wall. You’re supposed to run through a finish line, not make a hard stop. Use the deadline to motivate you, but know that you need to continue working once you get to it.

Getting in shape before a wedding/reunion/summer is a fine place to start with goal setting, but you have to know that’s not really the “deadline” because a fitness journey doesn’t simply end on some arbitrary date in the future. It’s a long game.

Missing a day in the do-a-thing-for-x-days game feels like a big defeat, but the point was never to just do something for 30 days or whatever. It was to do the thing and keep doing the thing. You didn’t lose because you missed a day. You lost because you let that one missed day turn into infinity missed days.

For me, completing a novel in a month was never really a goal — it was a convenient motivator to write a thing. But I let the short-term “deadline” get the best of me when I wasn’t progressing as fast as I wanted as it approached. Instead of thinking “that’s fine, I’m a little behind this imagined pace, but the point is I’m writing every day”, I thought “I won’t get there in time” and bailed.

Which brings us to strategy two:

Know what you actually want to achieve and work on that.

In hindsight, I don’t feel like I failed NaNoWriMo. What I wanted from the process, if I’m being completely honest and introspective, was to break out of a non-writing slump. To get back in the game. To break ground on an idea I’ve been talking about, but doing nothing with, for a few years. And I did that. It never mattered if I “finished”. In fact, 50k words probably is more like half of what this thing will end up being, anyway. But until I let the goal avalanche get me, I was writing close to a thousand words a day and enjoying it and if I’d just kept doing that, and thrown away the deadline, I’d be so much further along by now.

If I’d let the real goal be to get in the habit of being more fit by the time Summer rolls around, rather than some arbitrary lose x pounds by y date, then I could have let a beach day be a motivational target but felt good that I was making steady progress, rather than thinking I had failed if I hadn’t, and wouldn’t, hit that specific number by the “deadline”.

I’m a big fan of using these arbitrary external motivators to break up inertia, but with the knowledge that motivators are meant to set you in motion, not be an end-result. What we often want from the do x in y days thing, if we’re being completely honest and introspective, is to become a person that works toward x every day, not to hit some arbitrary mark and stop. Recognize and use that knowledge so that the external motivator becomes a carrot, not a stick.

Having an accountability partner that you can tell your goals and report your progress to can be an invaluable external motivator. It only works if you’re being honest with each other and actually being held accountable.

These relationships often start out so idealistic and full of energy, but then one or two weeks where someone doesn’t make as much progress as they wanted to, and the whole thing can fall apart. You stop reporting in as much, or worse, lying to each other about what you’re getting done.

In some software development teams, each week starts with planning out what you’ll get done, and ends with assessing how it went, what could be improved, and what you’ve learned. Some teams also hold daily meetings where everyone says whether or not they hit their goals for the day before, and if not, why.

This isn’t to create blame culture or make people feel bad for not getting things done, it’s to make sure everyone is realistically assessing not only what they want to do, but what’s getting in the way, so that everyone can help each other problem solve and move forward.

You and your accountability partner should work the same way. You may not be working on the same things (or you might!) but you are a team that should be helping each other stay on track, not hiding from each other if you slip up.

Make sure you know each other’s real goals and objectives, not just the surface stuff, so that you can step up and save each other from the goal avalanche when the time comes. Sometimes we need that third-party perspective to really see what’s happening, and having someone who knows what you really want, long term, will help when you find yourself getting crushed because you can’t keep a 1700 word a day pace this one arbitrary month of the year.

External motivators are great tools you can use to help you move toward your goals. But like any tool, you have to use them with care or they can cause damage. When you feel the goal avalanche coming, take a deep breath, reassess your goals and what you’re really trying to accomplish, check in with your accountability partner, then step out of the danger zone and keep moving forward. Don’t let the weight of not hitting the specific, probably arbitrary goal keep you from reaching your real objectives.